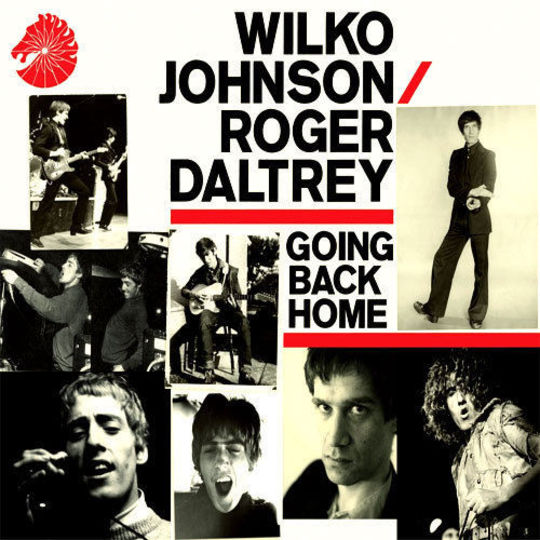 I’m not entirely sure, by rights, if I should even be listening to this album. When Wilko Johnson was diagnosed with terminal cancer of the pancreas in late 2012, he was presented with a stark choice; forgo chemotherapy and live for another nine months, or undergo it and perhaps stretch out survival to a year.

Remarkably, though, Wilko’s still with us. His diagnosis attracted quite a bit of media attention, not least because of his quite incredible attitude towards it; he gave a host of interviews in which he discussed his new-found appreciation for the simple things in life, and the stoic manner in which he chose to face the disease. He decided he’d rather do without treatment, if it meant a few more months of well-being; he travelled to his beloved Japan several times, delivered an actual ‘farewell’ tour, and vowed to record another album in the time he had left.

It really is a quite genuine tragedy that something as horribly sad as Johnson’s diagnosis needed to happen for him to garner some wider recognition; in the pantheon of British guitar players, he is genuinely unique. All the way back to his Dr. Feelgood days, he’s taken the idea of treating his instrument as his ‘weapon of choice’ quite seriously; he’s prowled countless stages less playing his Telecaster than attacking it, often stabbing it in the direction of the audience with the air of a man handling an AK-47.

That last album has, happily, come to fruition, with a pretty heavyweight acquaintance handling vocal duties; Roger Daltrey currently has whats, whens, and whys to answer as far as The Who’s future is concerned, but he did find the time, late last year, to decamp to Uckfield in East Sussex, where the studio of his choosing, Yellow Fish, is based.

For the most part, we’re dealing with Johnson’s stone-cold classics here; most of the big hitters make the cut, including 'Everybody’s Carrying a Gun', one of his solo staples, as well as Feelgood classics from his era like 'Sneakin’ Suspicion' and 'Keep It Out of Sight'. It’s really a double-edged sword, for the most part. On the one hand, it’s fantastic to see the best of Johnson’s often razor-sharp songwriting offered up for the world to appreciate; he chose to retain the services of his live band, former Blockheads Norman Watt-Roy and Dylan Howe, for the sessions, and it’s paid off handsomely in terms of the instrumental verve they bring to proceedings. It’s obviously pleasing that somebody, anybody, has brought Johnson’s keen ear for rollicking blues tunes to a wider audience.

The problem, though, is that you rather get the impression that Daltrey, with his contributions, is merely filling the role of high-profile vocalist; he’s got a great rock voice, but it’s ultimately it’s not diverse enough to do Johnson’s blues-based back catalogue justice. It seems strange, especially given that this is likely his final record, that Johnson has allowed Daltrey to stand front and centre with vocal turns that are, for the most part, overblown. The aggression of Johnson’s guitar playing is largely related faithfully, but there’s clearly too much polish in other places - this is supposed to be raw blues, but you get the sense that Johnson didn’t want to pass up the opportunity to turn in a studio album as slick, as well-honed as this.

Whatever you think of Going Back Home, there’s no denying that Wilko Johnson is massively overdue some proper critical praise, cancer or no cancer. I’m not sure that Roger Daltrey was even remotely the best vocal fit for his aggressive style of guitar playing, but then, I’m not convinced that anybody will face down terminal illness as resolutely as Johnson has; it’s awkward to pick out men and discuss how they might be his equal. This may seem like a slightly half-baked LP paying tribute to what’s gone before, but that would still be okay by me; god knows we’ll miss Wilko when he’s gone.