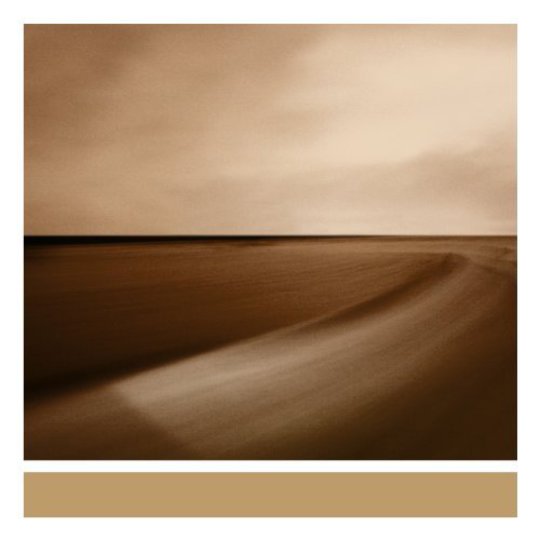 In Michael Bracewell’s excellent book on Roxy Music’s point of commencement, Re-Make Re-Model, Brian Eno defines successful pop as 'the creation of a new, imaginary world, which beckons the listener to join it.' Eno has spent a decent part of the past couple of decades furiously back-pedaling from that conceit, via his wretchedly earthy work in the production chair for Dido, Coldplay, Andrea Corr and countless other artists who revel in the mundane instead of shifting listeners away from it. Thankfully, he’s gotten back into the business of creating imaginary worlds on Small Craft on a Milk Sea, Eno’s first album for Warp, which was born out of sporadic collaborations between guitarist Leo Abrahams and electronic composer Jon Hopkins.

In part, these recordings are a return to the frosty ambient surface noise that has periodically enthralled Eno since his 1973 collaboration with Robert Fripp on (No Pussyfooting). But there’s a broader range of material here, with the album turning from the great plumes of irascible noise that prickle through ‘Horse’ to the dewy plinks of piano laid over the intangible drone of ‘Slow Ice, Old Moon’. Fortunately, it’s structured so those contrasts feel like a natural progression rather than an amorphous leap, with Eno carefully sequencing the album so all its elements—which were recorded over several years—mostly feel like part of a cohesive whole.

The ambient tracks bookend the album, with the opening ‘Emerald and Lime’ dipping close to the kind of conventional piano-led song structures that Eno often dabbles with in this side of his work (ie. ‘Slow Water’ from Music For Films or ‘By This River from Before and After Science) Conversely, the closing ‘Late Anthropocene’ is a more conceptual piece, with tiny shards of electronic noise cutting and tearing away at its paper-thin surface shapes, which works in a similar sphere to the barely-there qualities deeply embedded in the title track of Eno’s 1975 sub-orbital opus, Discreet Music.

The atmosphere turns nebulous as ‘Emerald and Lime’ eases into ‘Complex Heaven’, but even long-term Eno watchers might be unprepared for ‘Flint March’, which begins with the kind of ultra compressed beats that are usually the sole province of fecal Brooklyn noisemakers Black Dice and Growing. But Eno can’t mainline the aural equivalent of an exhaust pipe spewing out rotten garbage like those bands can; instead, it sounds like he’s tried to get a little dirt under his fingernails, but the decades spent wearing designer suits and working with Bono have left him several hundred yards short of the mark. There’s no grit, no foul taste left in the mouth, nothing that transports you away from the idea of Eno simply shifting around WAV files on an expensive computer.

‘Horse’ and ‘2 Forms of Anger’ have that problem too — they’re both perfectly serviceable pieces of Black Dog-style glitchiness, but it’s all too antiseptic, with the latter devolving into the most unwelcome sound of an electric guitar and a pounding drum beat, which indicates that Eno could be eyeing up Muse as his next production client. At least that job might allow him to dig out his mothballed Roxy Music cape. Thankfully, after those egregious missteps, Small Craft on a Milk Sea quickly picks up again with the fairground whimsy of ‘Bone Jump’ and the slow slide back into the contemplative murk with ‘Slow Ice, Old Moon’.

The final third of this album is where Eno sounds at his most comfortable, where tracks like ‘Lesser Heaven and ‘Calcium Needles’ pass by in a soupy miasma, with little bursts of fractal discord or piano balladry rising and falling in the mix. That quixotic space is where Eno always operates most effectively, whether it’s in his introspective ambient guise or in the pop idiom. It’s when he bumps back down to Earth and starts working with conventional forms (unprocessed guitars, 4/4 drum beats) that he sounds most alien. 'One of the things about the blues movement that we especially didn’t like was that it was all backward looking—to do with roots and realism and sincerity,' Eno recalls in Bracewell’s book. 'And we didn’t want anything to do with that — roots just didn’t interest us.' For the most part, Small Craft on a Milk Sea slots back into that forward thinking mindset, creating further realms of possibility for Eno to operate in.