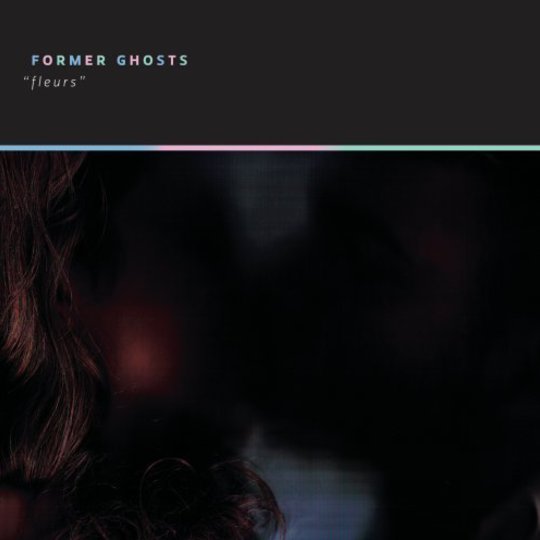 The writer asks you to accept that his response to the debut album by Former Ghosts is biased, if only through circumstance. The writer reviewed Dear God, I Hate Myself, the seventh and newest album by noisiest of indie / indiest of noise bands Xiu Xiu, last week; as much as its efforts to introduce a Cure-y gothic pop angle to their near-unique wailings proved successful, there’s something ineffable that brands them onto the brain. More so if you play it through eight or so times in a weekend. Listening to Xiu Xiu for any protracted period of time is a bit like leaving a big piece of fish in the refrigerator: inevitably, its essence is absorbed into everything around it. You hear Xiu Xiu in all kinds of unlikely things; band mainman Jamie Stewart’s histrionic ham of a voice feels like a default singing style.

As such, despite the fact that Stewart is only one third of Former Ghosts – and certainly not the most vocal third, either – the writer had to exert self-discipline to divorce it from the context of the compact disc he’d only a few days ago been trying to inexpertly analyse. This is where the trio’s other two members come in – and about bloody time, as they too create a din with similarly consuming qualities. Had the writer just been rinsing This Song Is A Mess But So Am I, the awesomely terrible (now defunct) pseudonym for Freddy Ruppert’s cathartic solo music, or the curdled noise psychedelia of Nika Roza aka Zola Jesus, they too would have likely loomed largest over the 12 tracks of Fleurs; but such was not the case. Like we say, sometimes bias happens.

The number of people for whom Former Ghosts will be a ‘supergroup’ is an extremely small one, but for those people, this record will probably be a triumphant and rewarding work, as it makes capital from its creators’ similarities – and their differences. Ruppert is, if not the leader of the band as such, then the first of the trio to begin the compositional process: it was he who largely assembled Fleurs’ musical chassis, before mailing it to Stewart and Roza who added parts and returned the gift. Roza’s contributions are vocal-only, but her pipes are an arresting instrument. ‘In Earth’s Palm’, one of the most ‘difficult listening’ moments on the album, gives her ample rein to demonstrate her heritage (teenage opera singer who rebelled on discovering Lydia Lunch), caterwauling over Ruppert’s maxed-out synth distortion. Her lyrics are distinct from the two gentlemen of the band, being simple, if emotive, platitudes: “Say goodbye / Don’t waste time / Run / Save yourself.” It’s her voice that invests them with meaning, and unlikely as it seems that this album might create an earworm, her refrain on ‘The Bull And The Ram’ – “Speak louder / Tell me your heart” – has certainly birthed one in the writer.

Regarding the programming on Fleurs, it’s not at all obvious which parts were Ruppert’s creations, and which were Stewart’s. It’s probably not worth trying to figure it out, either: it seems reasonable to assume that these two friends influence each other’s muddles of synthpop, Eighties indie and noise, if only implicitly. Ruppert has covered Xiu Xiu and the two released a split single in 2004; Former Ghosts is, perhaps, an overdue collaboration. The awful origins of Ruppert’s musical career – he started what would become This Song Is A Mess... after the death of his mum – is baldly referenced on ‘Mother’, written in the style of a letter catching up on old friends. Bombastic keyboards make matters suitably churchy, while cracked drum breaks chatter and fragment.

The bathos that hangs heavily over most of the catalogue of Xiu Xiu and This Song Is a Mess... is very much present here. On Stewart’s one solo vocal showcase, ‘I Wave’, a song about “dying in cold down beneath the snow” is self-sabotaged by pitching his vocals up to Pinky & Perky levels halfway through. The lo-fidelity tweeness of Former Ghosts’ beats serve to render their music all the more uncomfortable, and it would hardly be a picnic without them. Consequently, Fleurs will be as divisive an album as most of its creators’ past efforts. Some will find it maddeningly gauche and affected; acolytes (most likely, this will be mainly purchased by those who are already fans of one or other member) will probably be very satisfied. The writer duly reduces his position down to a mark out of ten.