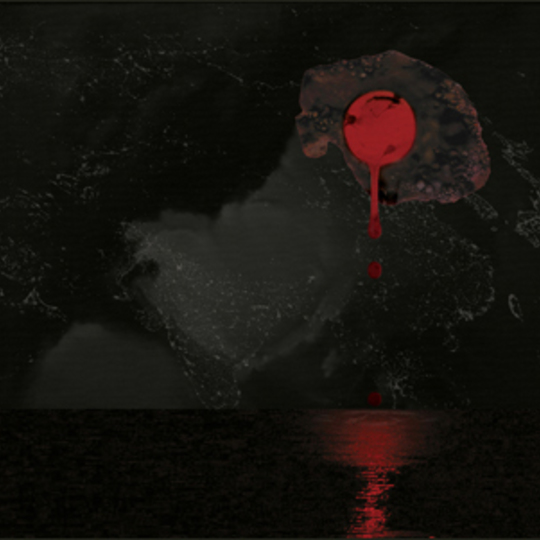 It’s a desultory, even trite point with which to begin, but happiness just doesn't become some songwriters. Tim Kasher – who, alongside Cursive, has fronted The Good Life for the last nine years – falls emphatically into this category.

Through his musings on relationships, creativity, politics and religion (mostly relationships), he has gifted us a brace of astonishing work over the years; as literate as it is visceral, as deeply affecting as it is relayed with a commendable ear for a hook. Cursive remain his primary concern, and following numerous line-up changes, the odd temporary hiatus and at least one bona-fide modern classic, that their sixth album is suddenly upon us is cause for merriment indeed.

Clocking in at just over 40 minutes and comprised of ten songs, Mama, I’m Swollen manages to synthesise almost every strength of the band while tangibly pushing them ever forward. An enviable awareness of space only hinted at in the past is present, lyrical concerns are ranging and articulate as ever, and the sonic dexterity exhibited is something to revel in. This album feels like a simultaneous departure and tacit acknowledgement of erstwhile achievements. Although it might initially come off as perplexing (the frenetic riffs that mark their sound are few and far between), a few listens in the breadth of ambition on display becomes startlingly apparent.

Concise though it may be, this feels looser than the Happy Hollow album it follows. The anguish informing high watermark The Ugly Organ discernibly creeps back in, as Kasher considers: the ‘Peter Pan syndrome’ blighting multitudes of young men (be warned, however – a Judd Apatow movie this is not); the pressure to behave in a manner an overly-sexualised society deems suitably civilised; Good vs. Evil; and, ultimately, the foundering of one’s dreams and ideals. The swathes of organ that informed said album return, notably on the jaunty ‘Caveman’, a “play that runs ad nauseam” also echoing its thematic concerns, while a Reverend that may or may not be the same of Happy Hollow is on suitably inflammatory form come ‘Donkeys’.

The brass that permeated the latter LP appears in sparser quantities, and although Gretta Cohn’s cello is a long absent component of Cursive’s on-record sound, keening strings notably embellish the likes of ‘We’re Going to Hell’. Musically, paths anew are furrowed: all manner of woodwind adorns ‘I Couldn’t Love You’ and ‘Let Me Up’, while the title track sways to an acoustic, almost Eastern gait. Vocals are treated with the utmost care too – underpinning Kasher’s with what sounds like Ted Stevens’ malevolent baritone is another notable tic of the record.

The cover of the album, its title – that this is Cursive – should be enough to alert you to the fact it’s likely to be a dark affair. As early as its cobweb-clearing opener ‘In the Now’ Kasher proclaims “We’re wearing out our heels / On a road to hell”, expressing profound distaste for the wealth of knowledge we’re afforded. Relatively straightforward cuts are present – the expressive ‘I Couldn’t Love You’ and ‘From the Hips’ offer skewed, melodic contemplation on love and dependence – though these co-habit with meditations on the “darkness of mankind” that would disquiet the hardiest of listeners. The macabre ‘Mama, I’m Satan’ sees breezy acceptance of a bloody lineage, ‘We’re Going to Hell’ is haunted by the ghost of Edgar Allan Poe, and the imagery is almost uniformly nightmarish: it’s as if we’ve stumbled into a vision worthy of Cormac McCarthy or, well, of Poe himself. The oft-addressed “Mama” can feasibly be interpreted as an omniscient mother figure to whom the cast peopling this universe can look up to while transmitting these missives of conflict and un-surety.

Such novelistic attributes shouldn’t come as too much of a surprise considering Kasher’s recent venture into screenwriting, and they culminate in the album’s finale and crowning achievement, ‘What Have I Done?’. Here, a road-bound narrator wallows in pathos, reflecting on a life that hasn’t gone as planned – a deficit of achievement and sorrow that reaches crescendo two-thirds in, the handle on dynamics rendering it all the more effective. Unlike the glimmer of hope that shone at the close of The Ugly Organ or Happy Hollow’s neat full-circle, Mama, I’m Swollen’s masterstroke is to hold any form of closure in check: as so often in life, there’s no denouement to be found in its closing sentiments, no resolution from which solace can easily be drawn.

In a year that’s seen Animal Collective release a thunderous glitter-ball of a record in Merriweather Post Pavilion – a celebration of life’s simple pleasures and a universal capacity for joy – Cursive might well have produced its polar opposite. Wracked with doubt, contradiction and existential despair, Mama, I’m Swollen strikes out as a weighty, superbly realised endeavour which, for all its oppressive nature, is as eminently listenable and brave an album as any the band have produced.