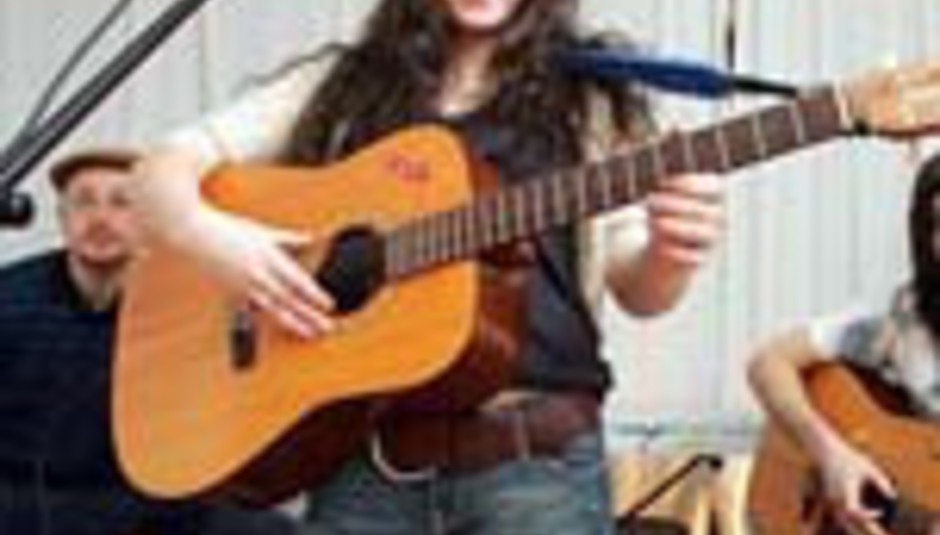 London-based singer Sandi Thom has landed herself a £1m five-album deal with RCA/Sony BMG after performing for fans worldwide over a webcam.

The unknown artist (and her band) attracted some 200,000 viewers to her internet shows, held nightly at her basement flat in Tooting. Her three-week series, Twenty One Nights From Tooting, initially attracted 70 viewers, but by two weeks in that figure swelled to 182,000.

Thom, 24, said: "It's been a whirlwind. We never realised we'd be in this position just a few weeks after deciding to stick a webcam in the basement. We were basically too poor to tour. We brought in so little money thrashing up and down the country in my car - which is a total heap.

"It was so expensive playing to 200 people a night. We thought 'Surely there must be another way?'"

RCA's Craig Logan said: "Sandi is a very talented artist with an already unique story. We're very excited that we're now going to be a part of that story as she develops into a major artist.'"

Thom's first album, Smile, It Confuses People, is out on June 5th.