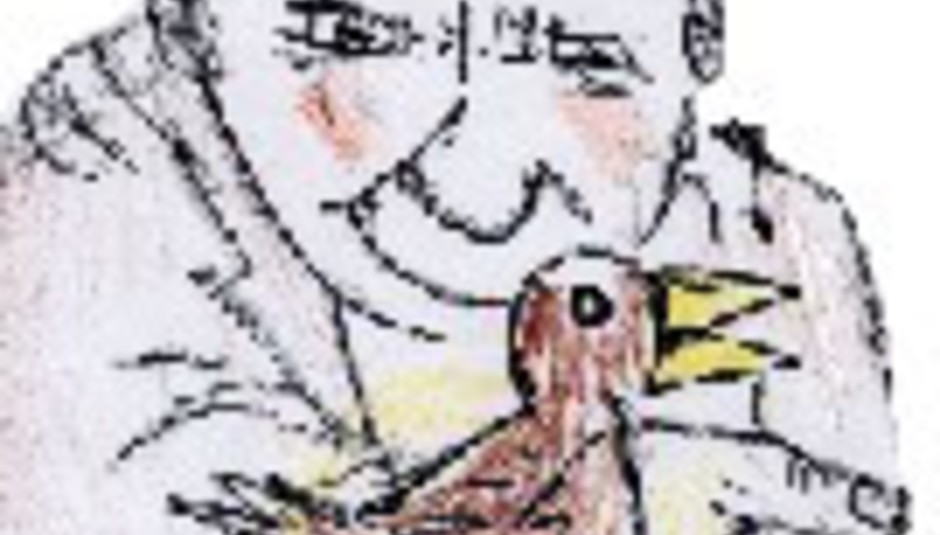 Who said that 2005 was a bad year for music? Probably one of those sceptics who complains endlessly about the primetime televised Saturday night talent shows then in the same breath whinges about the "rubbish" on Jools Holland the night before. As two big bearded Spurs fans once sang, "There ain't no pleasing you."

Which is, I suppose, slightly acceptable if you're tone deaf, which you would have to be not to appreciate the modicum of undiscovered talent bursting out of every back-to-front orifice of the British Isles at this moment in time.

Without meaning to sound biased - or demeaning to any artist from that part of the world - it's always going to be relatively easier for bands already based in and around the big smoke to get that first crucial step on the ladder, regardless of what most A&R will tell you. If only they opened their eyes a little wider, they'd realise that there's just as much (if not more in some cases) happening in some of the less salubrious necks of the wood as in das capital.

Having received demos from well over 200 artists this year, it's been difficult to separate the great from the good and so forth, as the quality has been really high, which can only be good for the future of exciting, innovative new music in this country. As a supplement to the DiS tips for 2006, here are my magnificent seven who will be there or thereabouts this time next year. THE SCREENING
Mention Leicester and the only responses you'd get back are Gary Lineker, Walkers crisps and Kasabian. Thankfully, there's a lot more interesting things coming out of there at the moment, as this synth-led pop rock four piece evoke memories of the first stages of Britrock when the likes of Annie Christian and the Warm Jets gave the bloated egos of dadrock a good kicking at the end of the last century. Listening to 'My Friends' is like hearing the coolest song from the 'Pretty In Pink' soundtrack given a 21st Century Midlands makeover, while 'Take It Or Leave It' is what the second Cooper Temple Clause album could have sounded like if they'd carried on writing tunes. Still not sure? Listen for yourself HERE and catch them at Nottingham's Drowned In Sound night at Cabaret on 27th January.

THE NIGHTJARS
...come from Manchester, but instead of following in the city's tradition of writing stadium anthems for "the lads", are more at home making the kind of brooding, disparaging salvos of distress more freely associated with the likes of a younger Radiohead or a less intense Muse. Check out the pulsating 'No Kicks' and pensive 'MDMA' HERE. THE STRAND ARCADE
Regulars on the East Midlands live circuit for the past few months, Derby based quartet The Strand Arcade have been honing their secular, stadium sized anthems to perfection, and now it's time for the rest of you to get a piece of the action. 'Get Knives' is their centrepiece, 'Exile On Main Street' meets 'Is This It' on a dark night in Darleydale. Listen HERE and see what all the fuss is about.

ALEX KID
Sheffield may be going all Monkey magic at the minute, and with a whole host of similar sounding bands following in their wake, it's healthy to know that not everyone is treading the same path. Alex Kid make music to scale rooftops for. Ambitious, dangerous, exhilerating and downright incredulous. Chiming guitars collide with almost spoken vocals over complex arrangements that wouldn't sound out of place on either an Interpol or Mars Volta record. 'The Spirit Of 1914' is simply breathtaking and can be heard HERE.

THE BEDFORD RASCALS
It would be wrong to continue any further without mentioning Nottingham's Bedford Rascals, a band whose live shows are fast becoming a thing of legend while their fanbase grows via word of mouth after every gig. With a penchant for writing skifflepunk ditties about eccentric characters in the same way as Ray and Dave Davies when they weren't trying to kill each other, Damon Albarn before he discovered Mali and the canal up his own anal passage and Dan Treacy did in the Television Personalities heyday. Marvel at how they wish they were 'Alfie Katz', titter to the tale of 'Tegularius!' or just gossip about 'Rachel Greening'. Where? HERE. With Poptones already sniffing around, expect plenty of hot industry action with the Rascals next year. REDCARSGOFASTER
One of the most exciting bands to emerge in ages. Redcarsgofaster (pictured right) eschew the unpredictable noise pop of The Cooper Temple Clause, the intricate melodrama of Seachange and the aural dynamics of a latterday Tool. Already with one sold out single on Manchester's High Voltage label to their name, expect 2006 to be a big year for RCGF. Their live shows already induce both mass singalongs and riots simultaneously. Listen to 'Open/Shut' HERE and find out why.

(THE) CATWEASELS
What would you get if you crossed 'The Nutcracker Suite' with XTC's 'Drums And Wires', threw in the North East's most animated and agitated frontman since Eric Burdon, plus the obligatory brass section for good measure? Easy, for (The) Catweasels at any rate. 'This Is Just The Night Time, Andy' is like a real-life rock opera, only without the pretentious upper crust meanderings or boring monolithical middle eight. And furthermore, you don't need to know any classical ballet moves to lose control and...Exactly. 'Walls And Trees' and 'Elderly Instruments' are just two other examples of (The) Catweasels' burgeoning songbook that are already seeing the band being tipped to follow Maximo Park and The Futureheads as the next big thing down the A1(M). Check out the songs HERE. We promise you won't be disappointed!