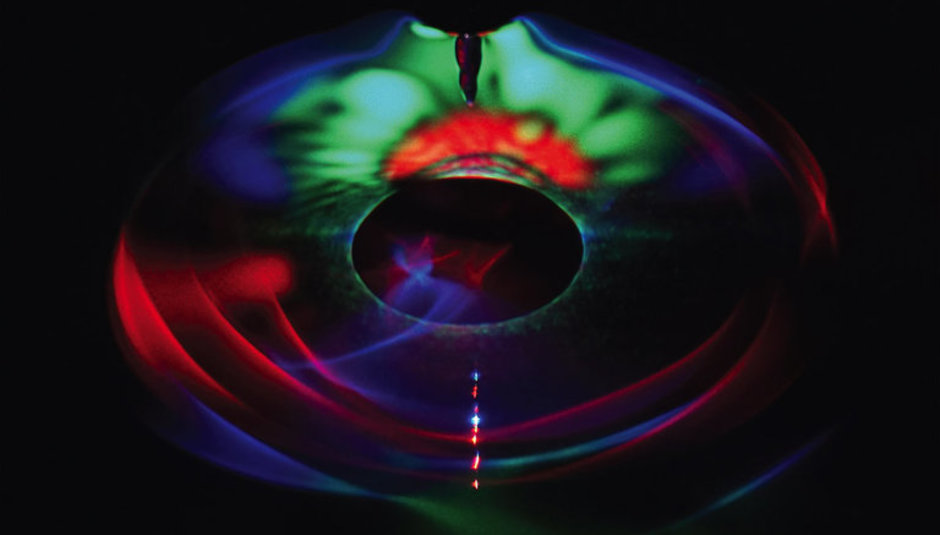 William Basinski - On Time Out of Time

William Basinski’s On Time Out of Time is the sound of two black holes colliding. Quite literally. Originally commissioned as accompaniment for the ER=EPR installations by artists Evelina Domnitch and Dmitry Gelfand, showcased in Berlin in 2017, the 50 minutes of drone atmospherics uses exclusive source recordings from the interferometers of LIGO (Laser Interferometer Gravitational-Wave Observatory) capturing the sounds of the merging of two distant massive black holes, 1.3 billion years ago. It’s an event incredible to imagine and impossible to describe. To bear witness to something so long since passed, itself a mind-rending warp of our tiny concept of time and space and the interwoven fabric they form that we call reality. As such, it’s also material that could so easily aim for the epic and excessive, but the choice of Basinski to handle this was clearly a very deliberate and, ultimately, very wise one.

He has been doing this for 40 years now, and has mastered the art of allowing sound to present itself. Ideas of time have been central to much of his work, his most famous work The Disintegration Loops a study in transience and the temporary as he recorded his own work as it rapidly decayed on spools of tape, while last year’s Selva Oscura with Lawrence English put sonic distance to the themes of Dante’s Inferno. His experience is clear with On Time Out of Time. It highlights the distance of its material, both time and space. Ghostly echoes form the drones of the title track; a seven part, 40-minute celestial journey of far flung alien choirs and reverberations. It plays out as an exploration, an uncovering of the final frontier as it slowly but perpetually shifts, breaks down and reforms. A journey into the unknown as it uncovers new worlds, new ideas, new concepts of reality.

It’s important to remember this was formed as part of an art installation. It exists almost purely as texture, music not needing to draw attention to itself yet crucial in its contributions. Eno’s ambient music in every sense, even as it draws on the most monumental of natural inspiration and sample. The album closes out with the nine-minute second and final track ‘4(E+D)4(ER=EPR)’, a reference to the wormhole conjecture in physics - a pathway to uncovering the theory of everything. There’s a slight shift in mood, it feels more deliberate, more hopeful. An actual repeated two note motif forming the bones, even if still run through a plethora of delay and reverb effects. It’s a crucial ending though, after 40 minutes of feeling the loneliness amongst the enormity of the cosmos. Basinski is a true master in the way he can overlay true emotion onto his subject matter, and there’s a sense of sadness for these black holes in their destruction and rebirth and the fabric of spacetime they tear apart within that. To close out with that sense of wonder and discovery relieves the weight of his material. A small reminder that against it all; amidst worlds colliding, dying, reforming and us getting lost in its sounds 1.3 billion years later, maybe we really do matter just a little bit.