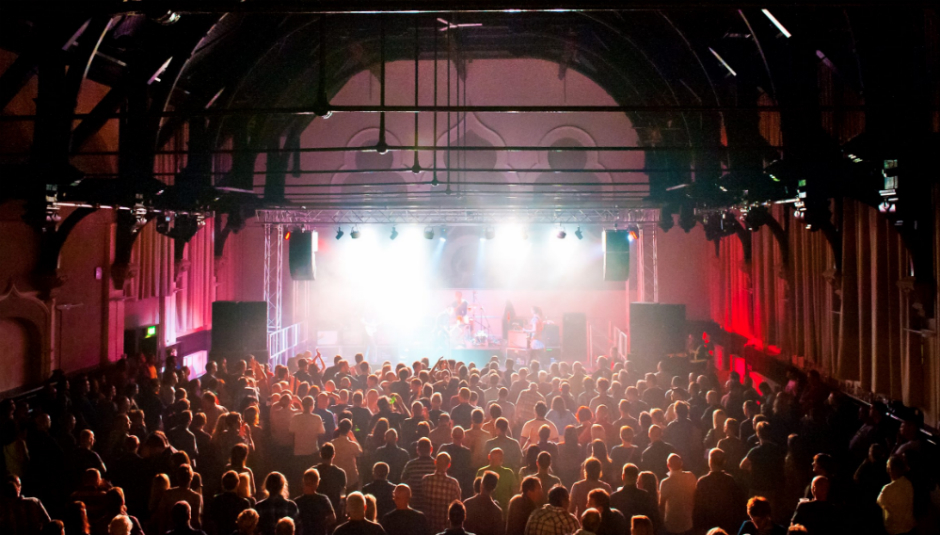 With festival season well and truly underway, DiS is off to Wakefield this weekend for Long Division. Having initially launched in 2011, Long Division is the largest music and culture festival in Wakefield. Spread over the course of five days from Wednesday 30 May until Sunday 3 June, the festival hosts a number of exhibitions, installations, talks, and poetry readings alongside a full programme of music which runs throughout Saturday 2. Taking place across a multitude of venues and spaces around the city, tickets are still available here with four pricing options ranging from free to £100, depending on the days and events in question.

This Leeds based outfit have been creating hazy slices of reverb-laden shoegaze since forming in early 2015. Named after a Talk Talk album, their often experimental take on the classic Creation Records blueprint is well worth checking out.

With a career stretching back thirty years minus a decade-long hiatus in the middle, Cud aren't so much of a throwback to the golden age of indie. Instead, they're something of an anomaly and always have been, crafting skewered pop songs in a similar vein to bands like Cardiacs or The Blue Nile before them. With five albums worth of material and more 45s than you'd care to mention, this is as close as Long Division gets to a "Just Play The Hits" moment.

With a sound that harks back to the first wave of post-punk, both the US and UK versions, Drahla have already carved out a reputation as a live band of distinguishable repute in only a short space of time. Hailing from Leeds, the trio signed to American independent Captured Tracks earlier this month. Come celebrate with them this weekend!

Hailing from Leicester, Kermes are a four-piece whose confrontational agit-pop ruffles feathers and pricks consciences in equal measures. Well established on the DIY and indie-pop circuits, we expect their cacophonous noise to grab and hold attention spans here for approximately one hour too.

Life's Popular Music was one of last year's finest debuts and with the follow-up already earmarked for later this year, they're arguably one of the most prolific bands around right now. Heavily politicized both on and off stage, the Hull-based four-piece fuse post-punk song structures with incendiary lyrics born out of disillusionment and frustration with the world around them.

Last year saw James Mabbett, aka Napolean IIIrd, release his first album in six years, The Great Lake. Prior to that his output had been somewhat prolific having first come to our attention in the mid-2000s with the scenester baiting single 'Hit Schmooze For Me'. A one-man avant-garde show with more experimental tendencies than a science lab, expect the unexpected but more importantly, aim those expectations high. We promise you won't be disappointed.

This Chester three-piece have been wowing festival audiences up and down the land in recent weeks, having already slayed Handmade, Focus Wales and The Great Escape respectively. Comparisons to Kenickie and Sleater Kinney aren't wide of the mark, and with songs like 'Ugly Veg' and 'I'm Not Your Problem', it's probably fair to say you'll be humming their choruses into the night long after they've left the stage.

This Leeds based six-piece play irregular left field pop that has its roots in late seventies new wave like Talking Heads, Devo, or Wire. They have a mini-album out this week entitled Recital and we urge you to track down a copy asap. But not after seeing what they have to offer in the flesh first.

Hailing from the city of Lancaster just over the Pennines, The Lovely Eggs have established themselves as one of the hardest working bands in the business. It hasn't been uncommon for them to play as many as three shows in different locations all in one day, and as a result, they've built up a strong and loyal following all over the UK. Earlier this year the duo put out their fifth album This Is Eggland and with an ever-expanding back catalogue of songs to choose from, we expect this to be one of the most vibrant (and busiest) shows of the festival.

Having initially formed during the height of punk rock in 1977, The Membranes have seen off more scenes and genres than anyone would care to mention. Led by the charismatic John Robb, their music has continued to evolve way beyond any kind of pigeonholing or classification. With a new album due later this year not to mention their current live show featuring two drummers and a choir, there's no better way to kickstart the weekend's music fix.

A full breakdown of events, days and times can be found here. For more information on Long Division, and to buy tickets, please visit their official website.