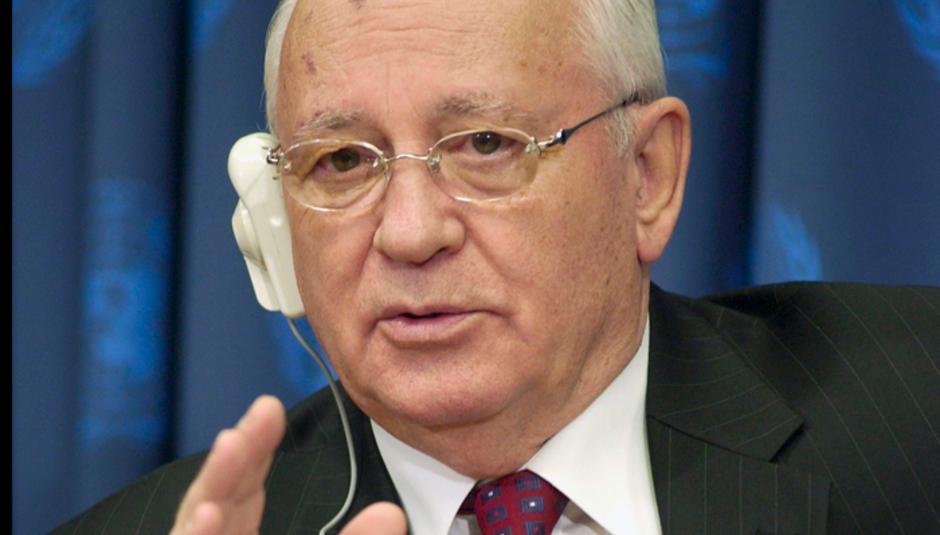 Baldy Soviet type Mikhail Gorbachev's debut album has been bought at an auction for £100,000, The Guardian reports.

The album, entitled Songs For Raisa is a tribute to G's wife, Raisa, who died a decade ago.

The bid was made at a charity event in London last week, raising money for the Raisa Gorbachev Foundation. As well as other people like famed Soviet enthusiast J.K. Rowling, G himself was of course in attendance and gave a little sing-song, an album preview as it were.

What lunatic paid this obscene amount of money for an album of old Russian songs? An "anonymous British philanthropist", apparently.

"Hey, why's Johnny Cash singing in Russian!" is what we first thought upon hearing the track.

Gorbachev was the president of the Soviet Union from 1988-1991 but is perhaps equally as famous for the birthmark on his head.

We can only wonder who he'll get in to guest on his sophomore effort. Names currently being bandied around include Danger Mouse, Regina Spektor and J.Mascis. We're still desperately trying to hunt down this one first.

Meanwhile, we're desperately trying to rack our brains for a politicians vs. bands type competition. So far we have Atlee Drive-In and Modest Mousavi. There's more, there must be...oooh, what about Glasnostvegas? Gorby's Zygotic Mynci? Perestroika Ubu? Errrrrrrrrr...