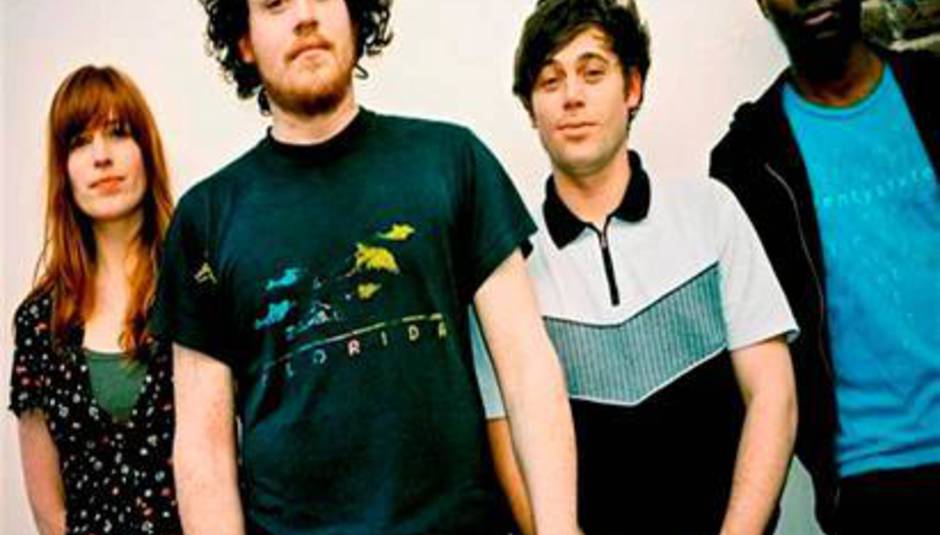 Pay The £5000 You Owe: Soundtrack Metronomy for money

Brighton electro merchants Metronomy (new line-up, above) have been announced as one of the first artists to be feature in BBC Electric Proms' New Music Shorts.

And any aspiring directors/film-makers can get their hands on £5000 to produce a 'short' for either Metronomy or Florence & The Machine.

New Music Shorts is a project by Electric Proms which offers up-and-coming film-makers the chance make a film to be premièred at the Electric Proms in October.

Film-makers who are successfully commissioned will get funds to make their 'short' and will also get assistance from a professional production company.

The films will be commissioned this year and should be inspired and based around two tracks - 'On Dancefloors' by Metronomy and 'Dog Days' by Florence And The Machine. Anyone interested should visit New Music Shorts for more information.

BBC's Electric Proms 2009 takes place from October 20-23 at the Roundhouse in London. Each day focuses on a different BBC Radio network from 1,2,1Xtra and, of course, 6 Music.

You can listen to Metronomy's 'On Dancefloors' on Spotify here and Florence's 'Dog Days' here.

Get to work then!