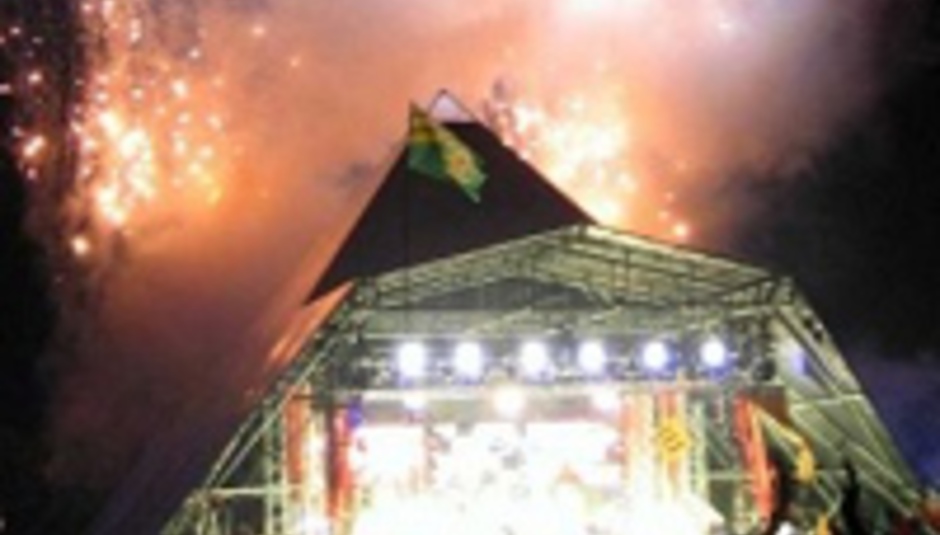 The Weekly DiScussion: is Glastonbury really the greatest show on Earth?

Discounting Wireless (and don’t we all?), the next big festival on the horizon is the biggest. The daddy. The grande fromage. Viewed as the greatest of them all, the one festival where the experience of the event far outweighs the quality of the bands on show, it’s a must-do on everyone’s calendar. So much so, that people who probably don’t even like music seem desperate to go. It’s a cultural thing, we’re told.

The last two Glastonbury Festivals were riddled by poor weather and an even poorer atmosphere. There are many good things about putting that giant steel fence around Avalon – no scallies ripping your tent off, less irritating crusties just being near you and, of course, the lack of fear about being crushed to death by mass overcrowding at the end of the night (see: Pyramid Stage, 2001). That’s particularly bad when you’re tripping your nuts off and you’ve just seen The Flaming Lips… And there’s a girl in a wheelchair just screaming in front of you… Screaming…. Screaming…

Sorry, I digress. There are good things about the fence, but it has turned Glastonbury (alongside coverage by the likes of the Guardian) into a middleclass tea party. There are many thousands of people there who wouldn’t know what a welly looks like if it wasn’t for a weekend round Pilton way. As a result, the atmosphere, sense of adventure and general anarchic joy has dissipated somewhat.

As has the level of bands.

Once Glastonbury was able to pull a hell of a headliner out of the bag almost every year (Bowie, Radiohead, REM etc), and easily persuaded bands that it was the only festival to play. At the time you knew that going to Somerset for your yearly pilgrimage was going to bring you the joys of a world-beating, exclusive-to-Glastonbury act. This year we have The Killers, Arctic Monkeys, Kaiser Chiefs and The Kooks on show – what’s special about that, exactly? Yes, there is The Who, but they’ve not exactly been reticent about shows recently, have they? Rumour has it that The Rolling Stones should have been playing the Pyramid Stage this year, but for reasons we can only imagine, they turned up at the financially lucrative Isle of Wight event instead. And then fucked festival-goers over by chartering a whole ferry for them and their mates, the hip-replacement-rocking pricks.

And you’d better pray it doesn’t rain. Given the bowl-like qualities of the surrounding area, Glastonbury is more susceptible to bad weather than most events. Having been to the filthy squalid events in 1997 and 1998, I can tell you that anyone talking about the ‘Glasto spirit’ is a massive fat liar who is having a shit time. The mud altercations of the last two Glastonbury Festivals were unpleasant but had nothing on the apocalyptically wank time you’d have had ten years ago. Look to the skies and beseech for sun. But, naturally, not too much: we are British, after all, and too much heat is a killer (see: Glastonbury 1999). You’ll be spread out, motionless, like a paraplegic rhino in the sun.

Yes, it is good fun. But no, it’s not the greatest show on earth. Not anymore. Diluted by its own popularity and its attempts to cater to a mainstream it never originally intended to court or embrace, Glastonbury is Just Another Festival now. The best of the lot still in certain eyes, but not untouchable.

DiScuss: What are your best, and worst, Glastonbury memories? From our office quick-u-poll, we have these:

Mike Diver’s is being cold, wet, ravaged by a chilling wind and depressed with having nowhere to sit down with only the shit-prog of over-hyped flash-in-the-pan sorts Ultrasound for company.

Mark Mitchell was standing around waiting for The Cure to come on while, behind him, scousers were pushing a man in a wheelchair to the front in order to_ “see better”_. Naturally the person in the wheel chair found the ability to watch the whole gig standing up. Incredible.

Gareth Dobson vividly recalls watching thousands of people covered in mud singly proudly along to_ ‘One Way’ _by Glastonbury house band, The Levellers.

Tim Hall remembers the feeling of utter helplessness while being stranded in the middle of a muddy field by a particularly traumatised artist who had bailed out on a TV appearance and driven home without him. He had nowhere to go and no way of getting home.