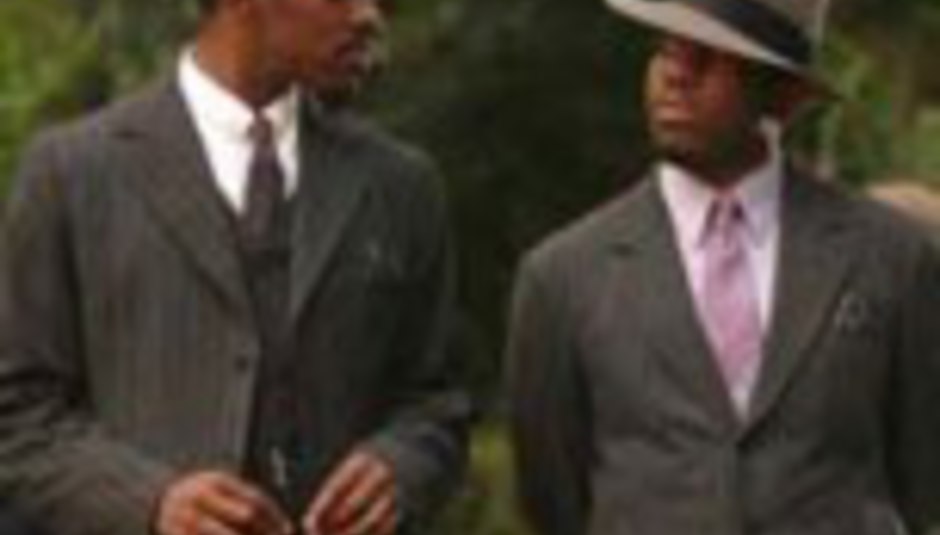 Although they appear together in the upcoming movie Idlewild (read our preview here), André and fellow rapper Big Boi have hardly worked together since their Stankonia long-player in 2000. 2003's Speakerboxx/The Love Below was, essentially, a double solo record.

Despite no plans for the pair to appear together in the near future, André told MTV "Everything is still tight, most definitely".

He said: "Yesterday I got a phone call from Big Boi and he said that on some hip-hop websites that the headlines were reading something to the effect of, 'It's Official: Outkast Is Broken Up,' or something like that.

"Man, we're looking at it like, where is this shit coming from? I was on TRL today to release a new video, and I meant to say something [about the apparent split] on the air. But the way they had the questions set up, I didn't have a chance to do it."

André said that he'd had people stop him in the street to express their sorrow over the band's break-up. It seems such outpourings were a little premature... although with nothing except Idlewild on the horizon (it's released here on September 8th), surely it's not too long before the pair go their own ways...?