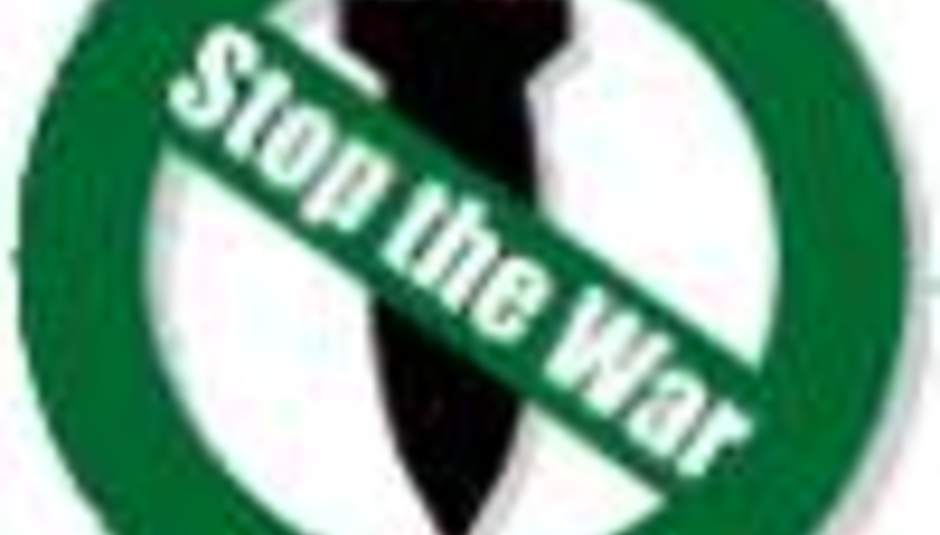 by Mark Thomas December 19th, 2002
You can tell that we are in the middle of a PR war on Iraq by the fact it is now virtually impossible to buy a newspaper without a double page pull out and keep guide to potential terror threats. They normally come complete with an analysis of how a "dirty bomb" could affect London property prices and a fashion feature on "What's hot and what's not!" in the world of gas masks.

Meanwhile, Blair manages the difficult trick of making the public more tense by telling everyone to try and carry on as normal, which has the calculated calming effect of Corporal Jones screaming "Don't panic!" throughout the "Gas attack planned for London Underground!" headlines, it has been conveniently forgotten that tube and train passengers stand more chance of being killed in a train crash than by a chemical weapon. Lack of investment, commercial pressures, failure to deliver Automatic Train Protection, sub contracted maintenance work, could all play a part in the next train carnage. After Potters Bar, Jarvis claimed people sabotaged the track. After the next disaster whatever company is involved will no doubt claim to have seen Asians with prayer mats, AK47's and large posters of Osama bin Laden near the site.

At this point in time there is more published credible evidence to prove the existence of the tooth fairy than there is for the existence of the plot to gas the tube. For Blair and his allies in the right wing press, namely the Sunday Times in this instance, what appears relevant is not the facts, nor indeed any awareness of justice for the three men they fingered for the alleged plot. The real importance, whether by design or coincidence is that fears about chemical weapon attacks are stoked just as the weapons inspectors go into Iraq. The end result is to link public fear of an attack on themselves with Iraq and thus it forms part of Blair' s PR offensive to convince us of the rightness of war. Simple Iraqi people are subjected to propaganda, but allegedly sophisticated Westerners are subjected to marketing campaigns and strategies.

For some 40% of the British populace the war on Iraq remains immoral, illogical and illegal and on Tuesday 19th November, CND took action that will at least begin to rectify one of those. They served letters to Tony Blair, Geoff Hoon and Jack Straw warning them that they will face a legal challenge unless they give a written undertaking that the UK will not use force on Iraq without going back to the UN Security Council.

At first glance this might not seem too important, but unless the government respond within 7 days CND are going to take them court. This is hugely significant. This is the first time that a group of citizens are going to legally challenge their government's means of going to war. Ever? OK, someone in America might have taken their government to court over a war, but the US is so litigious that lawyers have loyalty reward cards and you can collect frequent litigant air miles. For the UK at least this is a first.

The government has made qualified noises that UN Security Council Resolution 1441 might be a legal mechanism with which to start military action against Iraq, but they know they have to appear reasonable. Hoon is an unlikely diplomat in these matters, looking as he does, like a supply teacher who has just had six months off work due to a stress related illness. So it has been left mainly to Straw to chant the government mantra that they will be bound by international law. However, legal opinion obtained on CND's behalf from Matrix Chambers QC Rabinder Singh clearly shows there is no automatic trigger mechanism which allows any country to use military action in the resolution. In fact the phrases from previous resolutions about Kuwait and Bosnia that have been taken to mean military action are conspicuous by its absence in Resolution 1441, because the US and UK delegations fought and lost to have those phrases included.

CND's legal action may force the UK to return to the UN to seek another resolution for military action. This in itself doesn't stop the war, nor does it justify it if the UN tidy up their legal paper work. However, when reports predict 1/2 million deaths as a result of any conflict and its aftermath then we have a moral obligation to oppose the war with every tool we have available to us we and least try to expose the lie of legality. Better that than roll over, do nothing and let the Sunday Times propaganda take its awful toll.

Donations to the CND fund to take the UK government to court can be made direct to the Co-op Bank sort code 089033 account number 50425088.