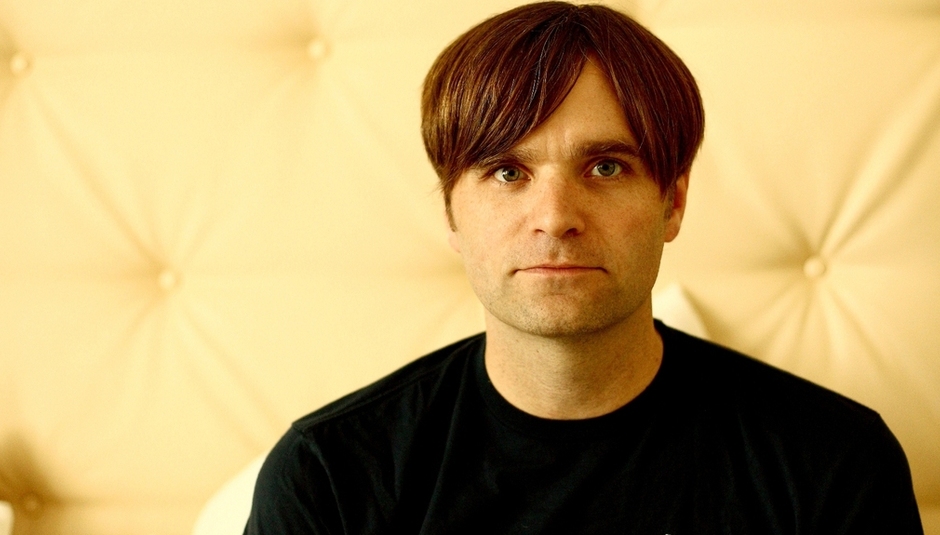 "I’ve never heard of a band I know calling a meeting saying, 'You know what guys, we’ve really gotta get back to the way it used to be', you know?"

We’re talking about whether having a long back catalogue can be a bit of a hindrance for a band that wants to try new things. Death Cab’s last album, Codes and Keys, was “an experiment in minimalism” for Gibbard, but it didn’t exactly set the world alight. “I think that, obviously, that record shows that wasn’t something people tended to really like coming from me,” he says carefully. “So it wasn’t as if I was like, “Ok guys, I hear ya, I hear ya - back to the verbose songwriting” - it was more that just I feel like I had a lot more to say and I didn’t want to be guarded about it.”

The problem - “the best problem to have” - is meaning so much to so many people. For those of us who scrawled Gibbard’s lyrics on our textbooks, backpacks and Converse, he literally wrote our adolescent diaries. But Gibbard is staring down the barrel of his 40s now and those emotionally turbulent young fans are grown up with mortgages, children, birthday card drawers and pensions. Those albums are “further and further in the rear-view mirror” for both the band and its fans. But still there must be pressure to capture the feelings that Death Cab loyalists are feeling now?

“I think that everybody wants that feeling again that they had when they heard their favourite record by their favourite band at a really pivotal time in their lives. And I just think that those moments are virtually impossible to recreate, for so many reasons,” he says.

“One of my favourite quotes of all time is by Itzhak Perlman when he says, 'It’s the artist’s job to find out what they can do with what they have left.' And that as much pertains to what the artist has to say creatively but also what the audience will allow them to say.” [Itzhak Perlman is a virtuoso violinist, conductor and pedagogue. The quote is actually “Sometimes it is the artist’s task to find out how much music you can still make with what you have left.”]

Kintsugi is the correct length for an album (11 songs). It runs for 45 minutes and 5 seconds, and ends in the same way that it begins so you can listen to it on an infinite loop if you want. It’s full of driving beats and riffs that reflect the lyrical themes of distance and running both to and from something. There are old Hollywood motifs, hints of a country lilt over layers of synth, moments of pure pop with something straining underneath to get out.

A certain amount of turmoil plays into the music, not least Gibbard’s much publicised split from his wife, actress and singer Zooey Deschanel. “Songwriting has always been my main source of catharsis. I’ve never thrown my life into disarray for the sole purpose of writing songs, and I wouldn’t constitute how I was, or my mental state while I was writing these songs, as miserable. But the reality is that I went through a very painful divorce, as are all divorces, and there are a lot of things that I wanted to kind of - by no means expose - but things I wanted to write about.” The minimalist style of Codes and Keys wouldn’t be right for that kind of therapeutic songwriting; “I wanted to really kind of peel back the layers on a lot of events in my life and expose all the cracks in them, let people see them. And also to deal with them and take them back in a way.”

There was some unrest in the band, too. Longtime Death Cab guitarist and producer Chris Walla was originally meant to produce Kintsugi - just as he has with pretty much every Death Cab release since Something About Airplanes - but near the beginning of the recording process something didn’t feel right.

“We started making this record with Chris at the helm in Summer 2013,” Gibbard explains. “And he determined fairly quickly that he wasn’t the right person to make the record and I think we all agreed with that. Things were not going as well as they should have gone.” After Walla stepped down as producer, it didn’t come as much of a surprise to the rest of the band that he decided to leave. “It would have been a huge shock if, like, Nick left the band, you know? That would have been a huge shock. But Chris…”

“Almost every band has that very creative member who was slightly eccentric, who you’re never sure is going to show up to band practice. But you love them - that’s our Chris. That’s our guy. He’s a brilliant musician who lived a lot of his life in this band with one foot out the door and was at times incredibly infuriating to deal with - as I’m sure I was very infuriating to deal with at times. Working in the studio once we knew he was leaving was one of the best environments we’ve ever had because we were able to - for the first time really ever - establish total communication. There wasn’t this fear of someone saying the wrong thing that was going to set Chris off and that was going to be the thing that made him leave. He’d already made the decision to leave, it wasn’t based on anybody questioning the guitar part in a song. It was very bittersweet, but with a palpable sense of relief.”

With Walla stepping down from production duties, the band brought in Rich Costey. It wasn’t a decision that either side took lightly and there were some teething issues to get past. “Going into the studio with Rich, he only had my scraped together Pro-Tools demos. So if there was any point of contention working with Rich it was that he’d hear a demo and be like, “I don’t know if that’s a song worth recording” and I’m like, “No no, that’s one of the better songs” and he’d say, “Yeah but the demo... I don’t really like it.” Then when we stripped it down to just the vocal and the guitar or an accompaniment, and he’d hear it and be like, “Oh my god, I love that song!” And I’d say, “Yeah, well you didn’t like it in the demo form” - so we did struggle a little bit. Once Rich understood that the demos that turned into the album were not necessarily the direction that I wanted to see him go in and that we had some room to kind of play with it, then things really started to gel.”

We talk a little about Kim Gordon’s book, Girl In A Band. We’ve both read it recently and both enjoyed it a lot. I mention the chapter where she talks about hearing Free Kitten songs occasionally and thinking it’s her daughter Coco. “It’s the strangest feeling,” she writes, “rediscovering your own self and listening to it without hating it. It’s sort of like looking at old photos of yourself and realising you looked pretty good after all.” Has Gibbard ever had a similar experience?

“I have found myself in moments - it tends to be in a loud bar where like something’ll be on and I’ll be like, “Um, what is this?” and somebody’s like, “Are you fuckin serious right now?”. But no, I’m serious, and they’re like, “Dude, this is Sleeping In on The Postal Service record, what do you mean you don’t recognise it” - ok well in a loud bar where the music’s on but you can’t really hear it... so yeah, every once in a while I’ll hear something I don’t recognise myself singing.”

It’s not solely because he’s sung so many different songs, though - the live set plays a part too. While you may be listening to We Have The Facts And We’re Voting Yes on a regular basis, the band hasn’t sat down and listened to that record in years and the songs they play live have changed and evolved over a decade and a half of touring. “The interesting dichotomy of being in a band is that you grow up as a person while playing these songs you wrote when you were younger, and yet the versions that people know are the ones you recorded on the albums that you recorded 15 years ago.”

As anyone who has searched Wikipedia for the definition can tell you, kintsugi is the Japanese art of fixing broken pottery using a purposefully eye-catching lacquer, usually with gold, silver or platinum mixed in. The idea is that any cracks and splits in an object are celebrated as part of its life rather than disguised and covered up. Death Cab fans who are worried that Kintsugi is the band’s last hurrah, that the cracks and splits in the band can’t be repaired, should take heart: there are new musicians being mixed into the lacquer.

“If I write good songs, we make good records,” Gibbard says matter of factly. “If I’m writing bad songs, we make bad records. It starts and ends with the quality of the songwriting. Not to mention the massive creative contributions that both Nick and James have made over the years. They’re also brilliant musicians, and we’re entering a period where we’ll most likely have two new members in the studio with us when it’s time to make another record. And they both bring exciting talents with them as well.

As Gibbard’s favourite quote goes, sometimes it is the artist’s task to find out how much music you can still make with what you have left. It sounds as though Death Cab have plenty left to work with.

Kintsugi is out now