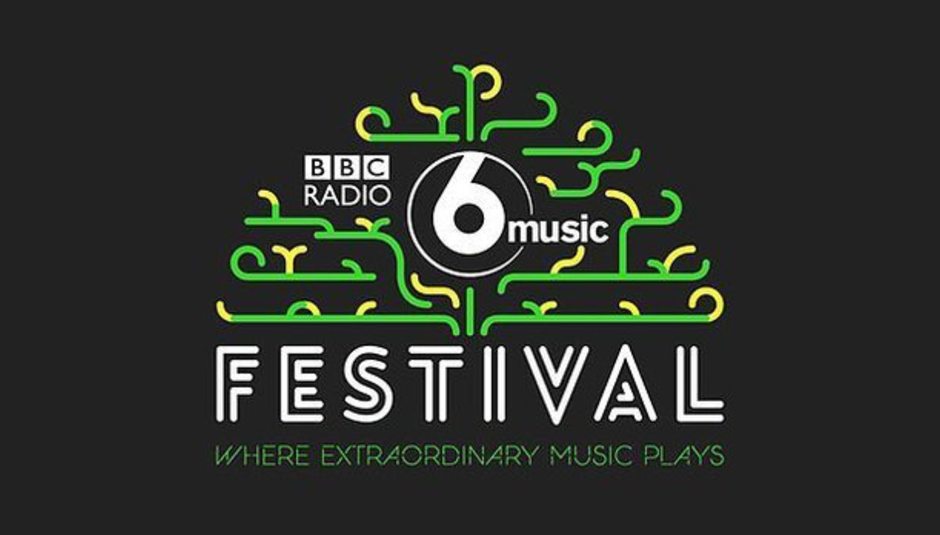 For the good folk of Manchester, there have been many benefits to the BBC shifting themselves up to Media City in Salford (- I know perfectly well that the two places are technically different but for the sake of this article, we’ll talk about them as one!) The start of 2014 brought even more good news in that BBC 6 Music are launching the first ever 6Music Festival right on our doorstep. It’s taking place this weekend (28th February – 1st March) and Drowned in Sound will be lucky enough to be covering the event.

The event - taking place at the Victoria Warehouse, just across the Manchester Ship Canal from Media City and familiar to many as the venue for The Warehouse Project over the last two years – sold out within minutes of going onsale in January, but for those who are lucky enough to have tickets and even for those who didn’t get them, there is plenty to look forward to. Spread over three rooms (including a Silent Disco), 6 Music have collated a diverse and unique bill of music for each day, to be live-streamed on 6 Music’s radio and website in addition to full highlights being available each day, including interviews and live performances.

The main stage headliner is Blur and Gorillaz frontman Damon Albarn, playing his first major show in support of his forthcoming debut solo album Everyday Robots. Expect a mixture of new songs and old classics, though with this being an early solo show, few can entirely predict what Damon will have in store for us.

Joining Damon on the main stage bill will be Midlake, who are currently riding high with their most successful album to date – 2013’s Antiphon, which Drowned in Sound reviewed here and chatted with the band about here. Also on the eclectic Friday lineup will be Kelis, Luke Sital-Singh, Bird, and HAIM’s breezy, West-Coast pop anthems, which Marie Wood spoke to them about recently.

The second stage sees perennial Drowned in Sound favourites The Horrors headlining, having only just announced their new album Luminous, so expect to hear new tracks alongside old. It’ll be the first time out for many of the new songs from the album, which Dom Gourlay spoke to Josh Hayward about recently. Also on the second stage is Jimi Goodwin, the former/current Doves frontman (no-one is entirely sure!) playing tracks from his forthcoming solo album Odludek, as well as Drenge, excellent Stockton-based ambient pop act Weird Shapes and of course, Drowned in Sound favourites Metronomy, whose recent ‘Love Letters’ single prompted a… well, Love Letter of his own from Singles Correspondent Robert Leedham!.

If Friday’s lineup was good, Saturday’s is quite incredible. Headlining the event on the main stage are The National, who Drowned in Sound readers will be more than aware of. Now in possession of an extraordinary number of dizzyingly excellent songs from their back catalogue, expect to hear them sitting perfectly alongside their most recent Trouble Will Find Me record. The last time they were in Manchester, this happened and there’s no reason to suggest that this show will be anything less than astonishing.

Supporting on the main stage are Franz Ferdinand – a band I’ve always had a lot of love for and still brilliant as a live act. They seem re-energised by their new record Right Thoughts, Right Words, Right Actions and expect to hear all the hits (the band have been running a website campaign for fans to choose the running order) Also appearing with them will be Brit Award nominee Jake Bugg, Bombay Bicycle Club, toting the best album of their career, as Drowned in Sound discussed here. as well as The Staves and Kiran Leonard.

That said, it’s clash-central as the second stage is arguably stronger than the main one, headed up by current Mercury Prize winner James Blake, whose second album Overgrown was warmly praised by Christian Cottingham and the peerless Wild Beasts, whose new record Present Tense was similarly praised by Dom Gourlay here and who also chatted with the band recently about Also featuring on the strong second stage is the wonderful Lykke Li, the fantastic Jagwar Ma who have become another strong DiS favourite, interviewed here and current Manchester favourites PINS, whose excellent debut I reviewed last year The Silent Disco stage includes sets from former Joy Division and New Order bassist Peter Hook, as well as Gilles Peterson, Nemone and Don Letts.

As well as the main event, there’s a huge amount of stuff going on on both days of the festival, though again, tickets were balloted and have now all been allocated. Nevertheless, if you do have tickets, it is worth checking out here to see what’s on. Friday highlights include Alan McGee chatting with Manchester stalwart John Robb, as well as the peerless John Cooper Clarke, while Saturday’s highlights include Stuart Maconie’s People’s Songs, an acoustic set from the brilliant John Bramwell and The National in conversation with Steve Lamacq. There’s also a photographic exhibition featuring Jason Joyce, as well as live performances throughout the weekend.

For those not going to the event, there’s plenty of opportunities to follow it live. 6 Music will be broadcasting from the festival on digital radio all weekend, as well as live footage being shown on the BBC 6 Music Website and catch-up on the festival highlights on the BBC Red Button from 1st March through to 9th March. So even if you don’t have a ticket, you can still enjoy the event, alongside Drowned in Sound reviewing the event next week!