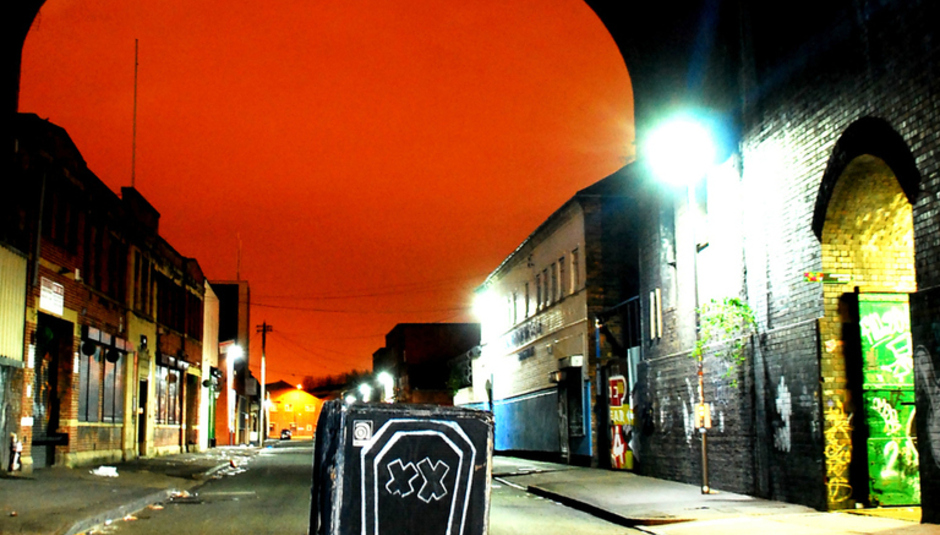 Eighteen months in the making and delivering ever more of their jagged-edged intensity, Johnny Foreigner's fourth album, You Can Do Better (which got a fantastic 8/10 review here), is release next week on Alcopop!

"For the last year we’ve been messing around behind yr backs. It started with robbing drum intros from blink 182 and ended with horns stolen from screaming maldini and in the middle we had these 10 (11) little encounters with a louder noise than you’d possibly be happy about. And if that sentence wasn’t enough of a secret map, we created an entirely probably fictional city for the whole mess to live in. Bands are supposed to mellow as they get older, idk quite what’s gone wrong".

Here's the band's track by track guide to what you can expect...

This is our 4th full length album, our first with Lewes and our second with Dom producing. We recorded mostly all the instruments at Dom's new studio, and all the singing at our own practice space. Like all the best ideas, we didn't really plan on making it. Our vague plot was to release a series of EPs with Lewes and collate them around now. Cos honestly, writing an album after Vs Everything felt like reissuing a biography with an extra chapter tagged on. So we made NAMES for a US tour in 2012, and planned for a second which was gonna be called Capitals. Then the real world got in the way a bit, and a vague template of a record started to manifest in my head; like johnny foreigner only more focused and like, concentrated instead of sprawling, a celebration of being fucking still here and still loud.

We took our sweet time and overran deadlines, but we decided from the start that we'd cap it at 10(11) big fully formed songs, and no breaks for electronica or interluding. We went the studio with a really defined mental map of the whole record and a bunch of awesome borrowed working gear, so it was a pretty fun process of going to work each day till it was done.

You can spot lyrical remnants for the abandoned EP scattered throughout the record, like half glimpsed abandoned mystery tube stations, and that's a cool metaphor I'm gonna stretch, cos this record for sure about trains that stop at those stations. Which makes this the least -honest- piece of art we've ever made, which is, y'know, unpunx. I don't know if it's a phase I'm going thru or a natural evolution of whatever it is that makes my brain write things, but either way I feel like I'm pulling truths from fiction instead of obsessively documenting (vs) everything. This is a record of emotions in places, and pretty much our whole back cat up to this point is places in emotions. So glad I cleared that up.

Late 90s slashfic emo starter, the first time we haven't opened with an A major summer song. This was the last song we made, and a kind of lyrical post mortem of the whole record. It wasn't a conscious thing, I literally picked up my guitar and told it to write the first song, it fell out pretty much fully formed. If that makes this the musical equivalent of some Copeland/Palahniuk novel that gives the ending away first them I guess I'm ok with that. And it turned out all along, it was just a dream....

Gemma Evans is the name of the bass player from The Answering Machine, who we met in Tokyo, and the threads I'm referring to are Names and Capitals, and it sort of sounds like them so this all makes complete sense in my head. I found out that my family invented Snobs, built it because their expensive glam clubs were being overrun by drunken students on the Duran hype. All that time hating on what was the Berrows greatest civic legacy. It's in it's death throes nowadays. That band, Peace, are like it's crowning achievement. NiN totally stole our lyrics but we decided not to press charges.

This song is lyrically the odd one out, like, the mirror of the themes of the album. It's about folklore, traditional fiction in one very specific city, whereas the rest of the record from here on in is all carving new stories in a generic/hypothetical/any major city. I got kinda obsessed by the idea of capitals having so much more in common with each other than the countries they're the boss of, and the modern legends and stories that they inspire. Or rather, contemporary takes on old legends. So there's references to Neil Gaimen, Ben Aaronovitch, and Bradley Garrett from the LCC, cos their tale of cracking London's forgotten infrastructure is probably the greatest modern contribution to the kind of esoteric stoner psychogeography that underpins this whole project.

4. The Last Queens of Scotland

This is just a happy mess about a sad situation. It's about history and heritage and being a drunk Englishman at George Square Thatcher Death Party and people in Scotland generally being wittier, kinder, more talented and financially stable and better looking than us, and also the gradual change between not wanting and wanting to see the future and how far you can peer into the abyss before you get giddy. It's probably a challenge to get that from the lyrics but it's all there, I assure you. There's this one guitar part here that neither me or Lewes or Dom could play, so you hear a fudge of all three of us, and for a while this was called The Intense Humming of Lewes.

A song for the goddess of holding patterns; that little life-pause panorama view as you lazily circle the city a few times before being reconnected with the real world. This is a fast record for sure, it's trying to capture that hypertime feeling you get when you know yr decisions in the next few seconds will determine the next few weeksmonthsyears, and this song is the tranquil zone right in the middle of that rush. With an inappropriately loud messy noisy optimistic landing/outro because johnny foreigner.

Ha ha funny title stolen from Lewes. My favourite of Grant Morrison's Crazy Ideas, is that our brains over time have become attuned to only see the present, and how everyone leaves a trail behind them; there's the you a few minutes ago sitting down to read this, trailing back to the you that walked thru the door, trailing all the way back to wherever it is you were born. Maybe that's what ghosts are, maybe that's what The Swell is, but we're all haunted by the past. Truth in fiction; we've never had posters with our actual faces on... This also has an uncleared sample from Games Workshop because those guys are so cool about trademark infringement.

Because every album has to have a Pavement song. Wifi + Beach, title says it all. Vs Everything had thee best tour campaign in terms of off days spent on beaches; We went paddling in Dawsons Creek, skimmed stones to Chicago, hung out on marinas in the Netherlands and got 3 bars unprotected network on a deserted sandy cove in an island off the coast of Croatia. If this album was one of them early 21st century oversharing emo club kids, this would definitely be the happy side of his or her self diagnosed bipolarity. Beach Tour Days are like a separate dimension on tour, a bubble within a bubble hazily connected by bad signal.

The dark heart of the record. An old friend of mine killed himself. He was really into our band, guess what his favourite song was. Yeh. And it shut me down for a few months, not just writers block, but a complete disinterest in writing dramatic pop music about girls and buildings. I was venting to a friend at stoopid o'clock one night and they were like, just write a song about it. Which was the stupid obvious solution-to-the-face I needed. This happened 30 minutes later, and the rest of the songs that formed the album flowed out behind it. We've lost a few collective friends too soon in the last few years, I guess we're just at the age where these things start happening. But the wake is worse than the sinking; this song is to the dead but written for the living.

A meta-conclusion, in which we write a song about writing a song about a song about the truth, but also about how the truth is subjective depending on who you speak to. And the world does not owe us a living and compromises are an awful and narratively depressing trope as is the idea that girls who sleep around are somehow worse than guys. K, also, everyone has these time trails snaking behind them thru the same streets and buildings and they're constantly changing directions, making new decisions both independently and separately, and every decision creates a whole separate universe and songs are the keys that let you slide between each realm regardless. Be an actor. Truth in fiction. I hope you lied.

You Can Do Better is out on March 10th via Alcopop! Read our review, here.