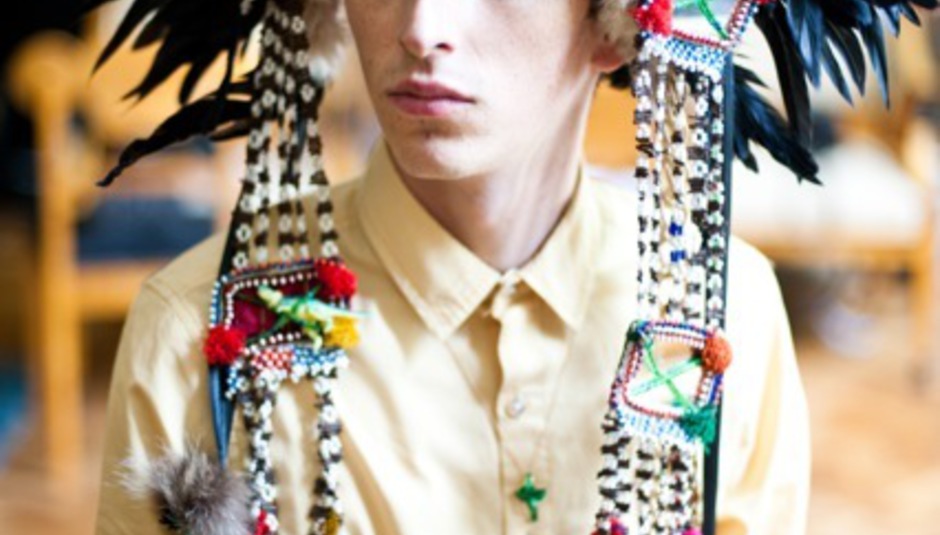 Orlando Higginbottom continues to make droopy disco that reminds me I should not be reviewing music sitting down. And though I am told ‘Tapes & Money’ is about the phone hacking scandal it is not; like all his other records it is about being too bashful to approach the object of your affection on a holiday dancefloor – arms aloft, but eyes cast down. Loneliness and disco were never so well suited or beautifully balanced as here, the basslines in particular being perfectly weighted, like a lovely clock.

I flipping well love Ane Brun, even if she will insist on teaming up with José and his music for tea-on-tray, lazy cardigans. But as it is not his fault that he attracts the cosies; and as ‘Worship’ is a treat in which the string section is slowly having all the air sucked out of it; and as it seems to be a delicate song about regret, as well as a commandment to honour one’s own life because life is precious; and as it has a video in which (among other things) an old man is eaten by a blue whale; let’s just get over worselves. As my dear old Pa says, nobody likes a smartarse.

I’m sure The Dø will be fascinated to learn that I am still in two minds about them - said indecision mainly stemming from the feeling that their kind of pop music is not a million miles from what, if I am honest, I was actually listening to in 1988 when I should have been in an illegal field with my mind in bits (Edie Brickell). All that said, ‘The Wicked & The Blind’ has some quite dreamy key changes on it that wouldn’t sound out of place on a Maddy Prior album, which is obviously an obviously good thing.

‘Pigs’ is a punk record in name only, but as this internet page exists solely to force all sound-based art into the appropriate, skin-tight pigeonhole with no thought for anyone’s finer feelings or lung capacity, that’s the one Black Dice are getting. What is ‘good’ is that they have put a bomb under all its elements - jerky synths, sneers for vocals, abrasive chimes. What is ‘bad’ is that having put them back together, it sounds like a cheap lenticular - endlessly fidgeting, and no matter where you place yourself, you cannot make it stop. Inventive, unlistenable, annoying and excellent then, all at once.

Tribes are busy doing the kiss of life on the scraggly, dead, dog-on-a-string of ROCK and they are dressed in jeans pre-ripped by THE BOSS and Oh my Godfathers, I want to stop them; they believe in a musical hey day that makes my skin crawl like a plate of hairy prawns. HOW CAN ANYONE WITH ANY DIGNITY STAND BEING CALLED THE BOSS ANYWAY FFFFFFFFFS. Awful. Awful with a bloody bandana on. A bandana off of the market. Soaked in cidery wee.

I don’t know why, but even before I have put Big Deal in front of my face or looked at their video, I get the impression that they would not ever never sing in such a way that it made their mouth look funny. It’s supposed to sound scuffed, it’s meant to sound like music that lives in a squat with seven other art students and their fucking awful canvases and all of them washing in the same dirty bath. But it’s not, right, because it’s music for the mirror, every bit of breathlessness has been put through school. And it’s not even that ‘Talk’ is a bad record, just that it seems lab-cooked – it’s so in proportion and neatly placed that it might as well be hypothetical, the musical equivalent of Schrödinger’s Cat. Also on this record: some absolutely rubbish swearing.

Guided By Voices - ‘Keep It In Motion’ (Fire Records)

I am led to believe GBV inspire similarly insensible reactions as The Shins do in me, where outright devotion is only topped by blind fury when DIVS fail to understand JUST HOW AMAZING THEY ARE. So it is no small irony that nothing here moves me - even the percussion (which sounds, amiably, like it is trying to catch up with itself) is not enough to make me find 'Keep It In Motion' anything other than slight. This is frustrating, so do feel free to recommend your best or favoured GBV entry points.

As life is not fair and there is one rule for one thing and another for another, Holograms are allowed to get away with their spirited punk single, ‘ABC City’ - mainly because it is quite the terrace chant and so juste (do forgive) an example of the form. Clearly, it is no mould breaker, but it is deliciously oxymoronic; being a throwaway punk record you might actually want to linger over.

‘Walkability’ is tropical pop that will split the crowd because it is sweeter than a tin of pineapples and just as jolly. I love it for its face-smacking immediacy because I like bands who are not afraid to make nice, even if they are making a sad record about how you are pretending that it is no skin off your nose that all your friends have fucked off to live in the arse-end of nowhere because anyway you have a car so you can go whereever you like whenever you please. I must not lie, it is very unlikely that this song will see me much further than the end of next week. But while it is staying, I am not going to be hinting about how its aerobed is getting in the way of my desk.

Wendy is on the internet, here. Having watched it for the hundredth time last night she has come to the conclusion that Lana Del Rey is basically Julia Roberts in Sleeping With The Enemy - especially at the beginning when she is looking winsome-but-abused, but before she just happens to move in right next door to a perfect, bearded man-saviour. Who looks a bit like a sexy Jesus but who does not ask how she managed to rent a house despite having no ID whatsoever and it being set in America where they are obsessed with good or bad credit as evidenced by every single episode of Judge Judy.

DiS Does International Pop: The 10 bi...